January 1, 2015 by Administrator Comments are off 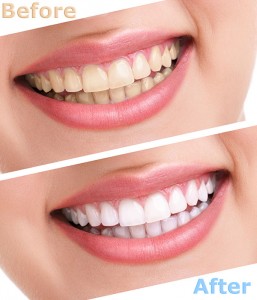 The art of teeth whitening has been around for a very long time. In fact, mankind has been trying to have cleaner, and noticeably whiter teeth for much of recorded history. While today’s trend, of wanting Hollywood-style pearly whites, has taken teeth whitening to an entirely new level, white teeth have always been a goal of people everywhere. The first attempt at having cleaner, whiter teeth came in the form of chew sticks which were used by people all over the world. These sticks were chewed by the user for several minutes, resulting in a breakdown of plaque, but they also caused some chipping of the teeth. These devices have been used as far back as 3000 BC. It wasn’t until the 1400’s that the Chinese came up with the first toothbrushes. Made from the hair of Siberian Hogs, these toothbrushes were very coarse and did not catch on in Europe for a very long time.

As experts in teeth whitening, we are fascinated by the history that started this science. We are also fascinated by the number of urban legends and myths that have sprung up around this perfectly safe practice. Despite some stories to the contrary, teeth whitening is incredibly safe. It is so safe in fact that many patients chose to have a home based solution, under the supervision of dentists on an outpatient basis. In fact, the industry itself has made major strides by providing solutions that are safe, easy to use, and effective. Remember that when you are getting a teeth whitening treatment, whether it is dentist prescribed or a solution we perform in the clinic, it is merely a process of bleaching your teeth so that they are a more pleasant shade of white. The time involved and the intensity of the whitening may differ but fundamentally the process is the same.

Here are a few of the myths we hear from time to time:

Will my enamel will be damaged by teeth whitening? Teeth whitening, as we mentioned, is extremely safe, and there is no risk of damaging your enamel what so ever. As a matter of fact, the Journal of American Dentistry recently published a comprehensive study that showed that there is no correlation between using whitening products and the wearing down of a person’s enamel.

Can tooth whitening cause me discomfort? Sensitivity yes, pain no. When we whiten your teeth professionally at our clinic, we will have custom made trays that fit over your teeth perfectly. This is so that the chemicals we put in them, to bleach the teeth, have limited exposure to the gums. However, in any whitening procedure you may have some sensitivity in the gums for around twenty-four hours after the treatment due to proximity of these chemicals to the sensitive gum tissue. However, this sensitivity will not devolve into pain and will be gone within around 24 hours of the treatment.

Welcome to Amazing Smile Dentistry Las Vegas. We're a full service dental office with years of experience and plenty of beautiful smiles to show for it. Call us today for a dental evaluation.
Amazing Smile Dentistry is a great place and they're so friendly and professional. I recommend them to everyone I know. - Mary B Henderson
Make an appointment today and receive a special x-ray discount. We love making new patients smile. Call today! 702-734-6252